Redefining the Aussie Expat Woman in 2019


Redefining the Aussie Expat Woman in 2019

Redefining the Aussie Expat Woman in 2019 – As the world celebrates International Women’s Day we take a look at who an Australian expat woman is, where they live, and their motivations for moving overseas.

With one Australian resident leaving Australia to live overseas every 1 minute and 49 seconds the Australian diaspora would fill Canberra, Wollongong, Hobart and Darwin.

The Face of a Female Australian Expat

Atlas Wealth Management’s 2018 Expat Insights Survey shows that the previously conceived idea of who an Australian female living overseas was couldn’t be further from the truth.

They are smart, hardworking and adventurous. This is far removed from the antiquated view that all expat women are trailing spouses.

In fact, only 10% of respondents indicated that they have taken on the role as an expat housewife. 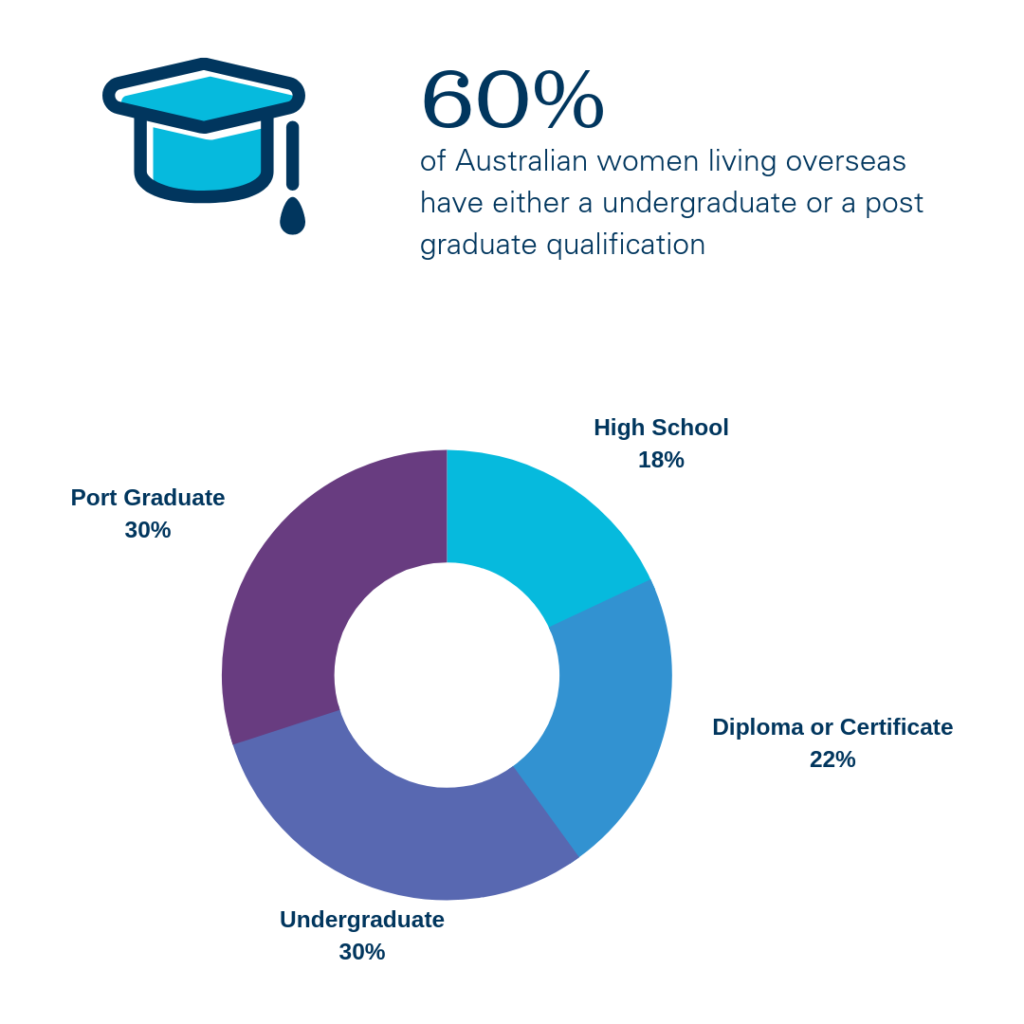 The high degree of qualifications should not come as a surprise when you take into account that the two most popular job sectors that Australian expat women work in are the Education and Health sectors, which both require an undergraduate or higher qualification.

There are a myriad of reasons why people move overseas, and Australian women are no different.

The second most popular choices shows what a multi-cultural world we live in with 19% responding that they moved overseas because their partner was a foreign citizen.

Partnerships also played a deciding factor too for our third most popular option with 16% of participants saying that they moved overseas because their partner accepted a job. 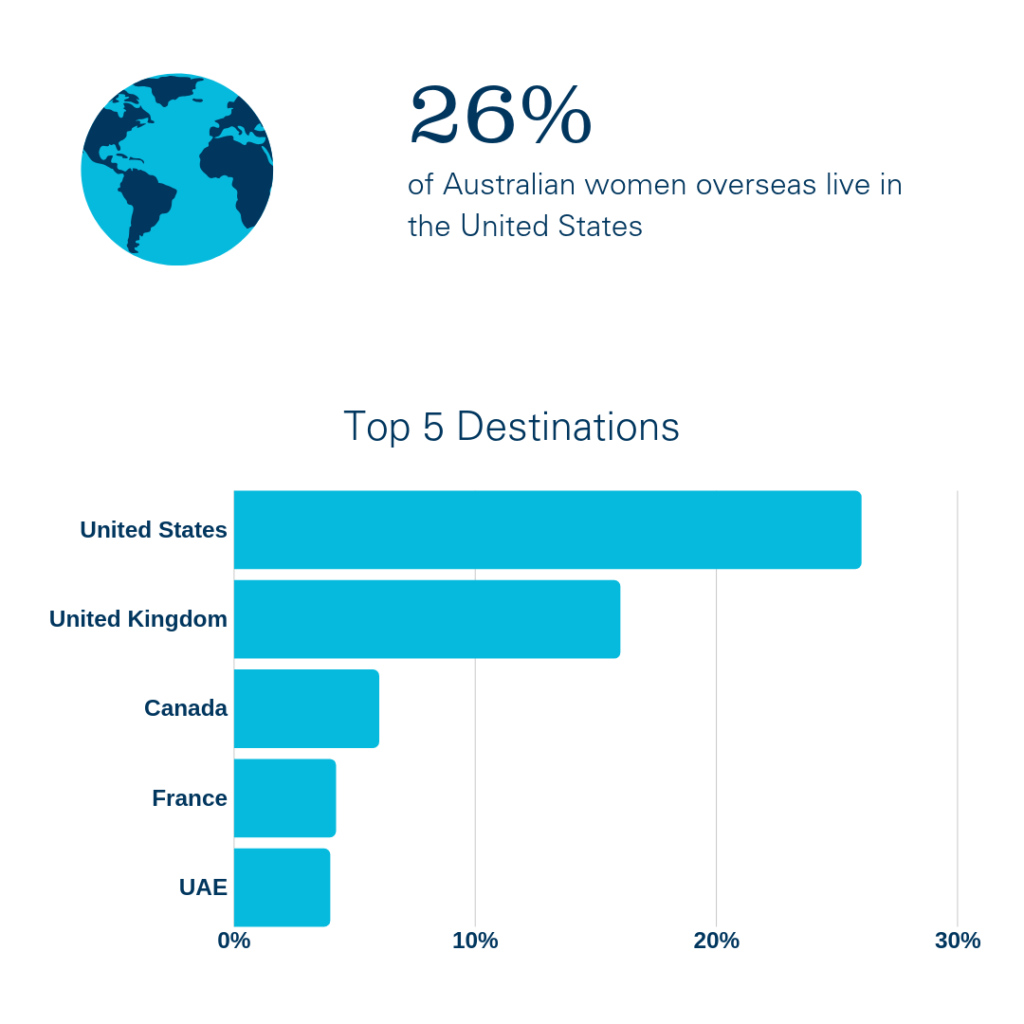 The United States is the most popular country for Australian women to live (25.84% of respondents). This is also representative across the broader Australian expat community with the US being one of the top 2 destinations for Australians looking to move overseas.

The remaining top 4 countries include:

Australian women are a well-traveled group as we received responses from expats in 57 countries. 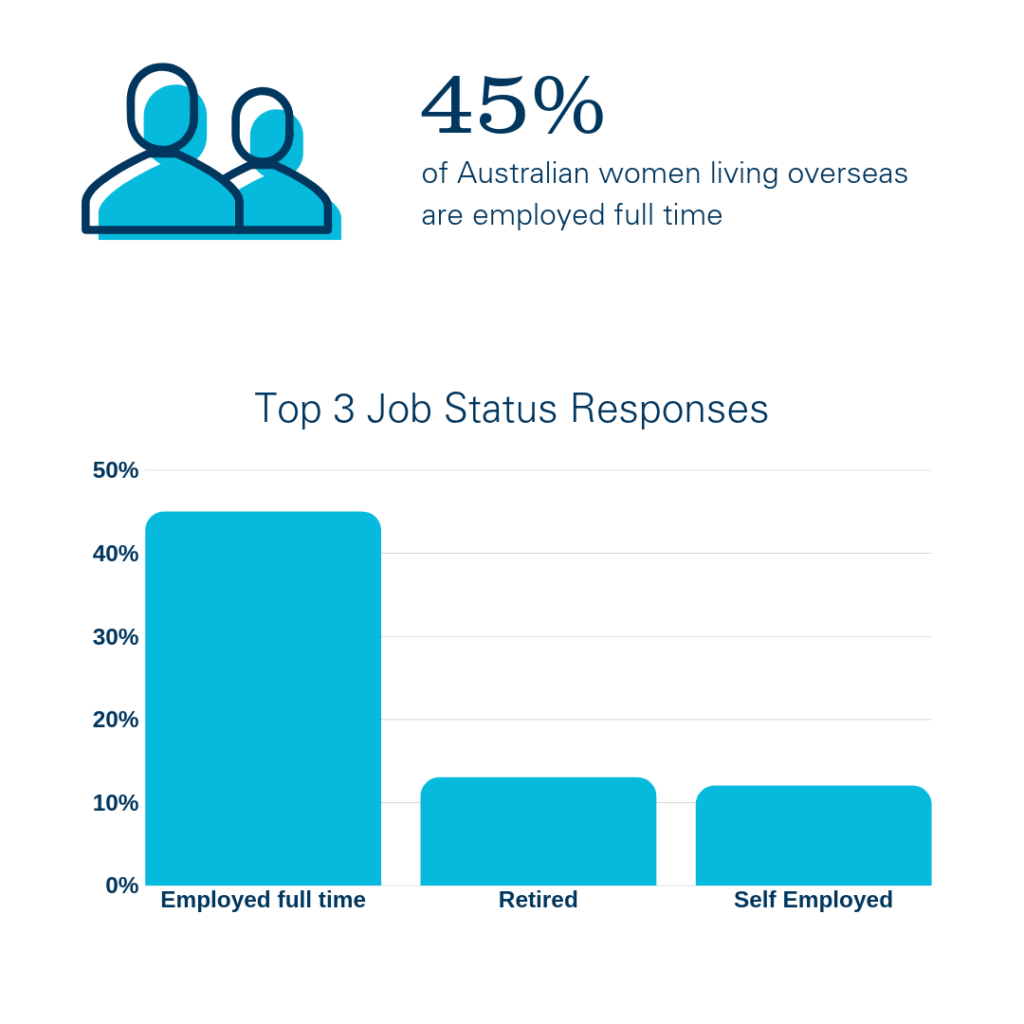 Over 50% of Australian women overseas work in either a full-time capacity (45%) or are self employed (12%).

When asked about their career prospects the survey participants had this to say: The Education industry was the most popular sector for working expat women with 22%.

The second and third most popular sectors for Australian expat women to work in where:

Australia expat women work in a wide variety of jobs and we counted responses from 24 different sectors. Some of the less traditional sectors included:

With a relocation overseas comes the opportunity to earn and save more. In the 2018 Expat Insights survey 41% of female respondents said that they were able to save more and 46% said that they had more disposable income.

Here are our top 3 tips for expat women to make the most of the move: