Ever since the birth of Australia, Aussie expats have heard the call to travel overseas whether that was by sea in the past or by air in today’s modern age.

One thing that hasn’t changed in all of that time has been the lack of knowledge on where Australian expats choose to live, why they moved to that city or country and would they recommend it to other Australian expats.

In 2018 we launched the inaugural Atlas Wealth Management Expat Insights Survey and since then we have been blown away by the response. Now in its fourth year, over 5,500 Australian expats from over 85 countries have participated making this the largest survey of Australian expats that had ever been undertaken.

Get out there and meet local people. Explore the culture and history of where you are.
- Belinda, Australian expat in France

With each year that passes we will be able to build of picture of the Australian diaspora as well as highlighting trends amongst the expat community – is a country that was once popular no longer in favour, have the career prospects for Australians in a particular city deteriorated and so on.

Every year many Australian residents leave Australian shores for a period of greater than 12 months and both government and private sector research shows that the Australian expat ranks are forecast to swell. It’s important that we learn as much as we can so that this information can be shared with those Australians looking to join the expat ranks in the future.

Australians have chosen to move overseas, and live the expat life for decades, however what has changed are both the destinations and the complexities of managing your life as an expat.

With your help we will be able to build a better picture of why Australians are moving to particular countries and whether that move has been beneficial.

According to the Australian Bureau of Statistics one Australian resident leaves Australia to live overseas every 9 minute and 1 second and it is safe to say that the Australian expat is one of Australia’s greatest exports.

It’s from your responses that we are able to share this information not only with Australians looking to join the expat ranks but also existing Australian expats who are looking to relocate. 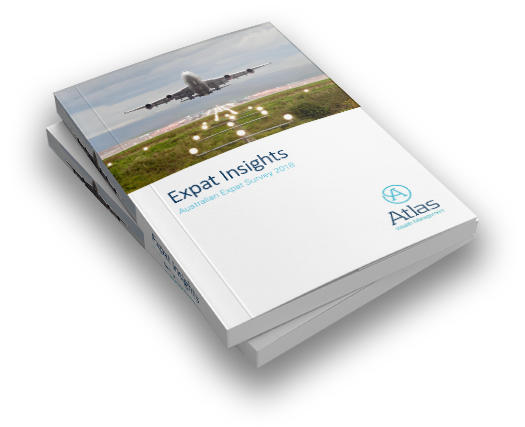